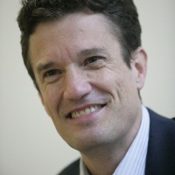 I love this club! We don’t have an oligarch or sheikh pumping zillions of pounds into it, but we do have the wonderful voluntary spirit that’s helped carry us this far, and who knows how much further.

While the Dons Trust formally represents our fan ownership, it is the extraordinary efforts of our volunteer force that epitomises the co-operative way in which we function. And once a year that’s celebrated with an away day, kindly sponsored again this year by Dons Trust Board member Iain McNay and Cherry Red Records, where volunteers are treated to a free trip to an away game. The two previous away days since we re-entered the League both had disappointing outcomes on the pitch, at Southend and Bristol Rovers, but I sensed a mood of optimism among the hundred or so volunteers as we prepared to set off for Burton.

It’s not until you study the full list of different groups represented on the trip last Saturday that you realise quite how extensive our force really is: volunteers from the stadium clean-up weekends mingled with stewards, with merchandise, cash office, commercial, community, comps window and pitch staff, with Golden Goal ticket and programme sellers, with fundraising, Girls & Ladies and Junior Dons helpers, with leafleters, academy scouts, Dons Trust Board members and media staff – and the list goes on. There were also a few paying guests, my son Alexander included.

Like other fans I spoke to en route, I’m always looking for signs on a matchday. The two magpies nestling under the park bench on the walk to the South Wimbledon pick-up point, the signpost for “Ardley” on the M40, the fact that last time we played Burton it was my son’s birthday and we won. Was I clutching at straws? Then I read an anecdote about a disrupted train journey that Tony Benn, the recently departed left-winger, suffered several years ago. “What’s the problem?” he’d asked the guard. “Lightning strike” was the reply. “What for?” asked Benn, assuming the rail workers had come out. “An Act of God,” smiled the guard. That was it – we were finally going to get an early goal, our very own “lightning strike”.

At lunch at Burton Albion’s ground (included as part of the away day “package”) I sat with several “clean-up” volunteers. The discussion quickly turned to tactics. One of them emphasised, more than once, our lack of success at corners this season. One in 198, apparently! Even though he wasn’t well, Erik Samuelson, probably our most committed volunteer of all, went round all the tables and thanked everyone personally. A lovely touch.

The Brewers of Burton were hospitable hosts. While they didn’t serve any of those fine Burton ales, they did put up a picture of our Conference South winning team behind the guest bar, providing an odd highlight on The Football League Show later that night.

Unfortunately Burton’s hospitality stopped short on the pitch, and after another goalless first quarter Billy Kee despatched a penalty – a lead they still comfortably held by half-time. The second half started with the Dons kicking towards our fans and with a new formation. Moving towards the final quarter, our optimism still reigned. This was when we usually score our goals, after all.

The clock had ticked round to the 90-minute mark, and five minutes of additional time had been played. Then a corner. We hit the post. Then another corner. Off the line. A third corner. Alexander, Paul the photographer and a few other of our fans scurried to get the ball back each time. Co-operation indeed! And then it happened – a goal from a corner. A right-wing corner. Scored by a defender. In the very last minute. Not a lightning strike from the left-winger, but who cares!

Moments later the whistle blew. A magnificent second-half team performance had brought due reward to the players, the management team, the volunteers on their day out and all the other travelling fans. The journey back on the coach, with a beautiful red sunset and full moon, finished the day off nicely.

Being a Dons volunteer won’t always bring such good fortune on the pitch, even when it’s as deserved as it was at Burton. But sometimes, just sometimes, the omens feel right.

This article originally appeared in the Cheltenham Town matchday programme. Read more about the Volunteers’ Day on the AFC Wimbledon website.