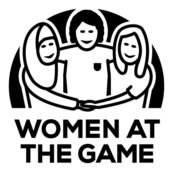 Dons fan Anna Slade interviewed some other women fans on a recent match day to find out why they love watching football at AFC Wimbledon – and what they would say to any potential female AFC Wimbledon fans out there.

Young or old, male or female – whatever our personal history, football unites us all. At AFC Wimbledon, we like to think that, regardless of their background, gender, race or religious belief, everyone feels welcome to watch live games here. The Dons Trust Board has recently set up a Diversity and Inclusion (D&I) working group, with a brief not only to find ways to increase diversity within the club, but also to spread the word about just how inclusive our club is.

To this end, next season, we aim to organise some events. The first is at the pre-season friendly against Championship side, QPR taking place at the Cherry Red Records Stadium on Saturday 14 July (3.00 pm kick-off).

The idea is to encourage women who might not be sure about attending a football match to give it a go and see just how much fun it is!

We’re looking to recruit 6-8 volunteers to help out on the day itself, as well as to attract women who would appreciate attending a game, perhaps for the first time, in a supportive environment.

Please contact watgafcwimbledon@gmail.com if you’re interested in helping out or know someone who would be interested in coming along to a Women at the Game event and experience their first football match as part of a dedicated female group.

Women at the Game was the brainchild of Jacqui Forster, formerly from Supporters Direct, who sadly died very recently. Its stated aim is “to give women their first taste of live football in a supportive environment”. You can read more at womenatthegame.wordpress.com. 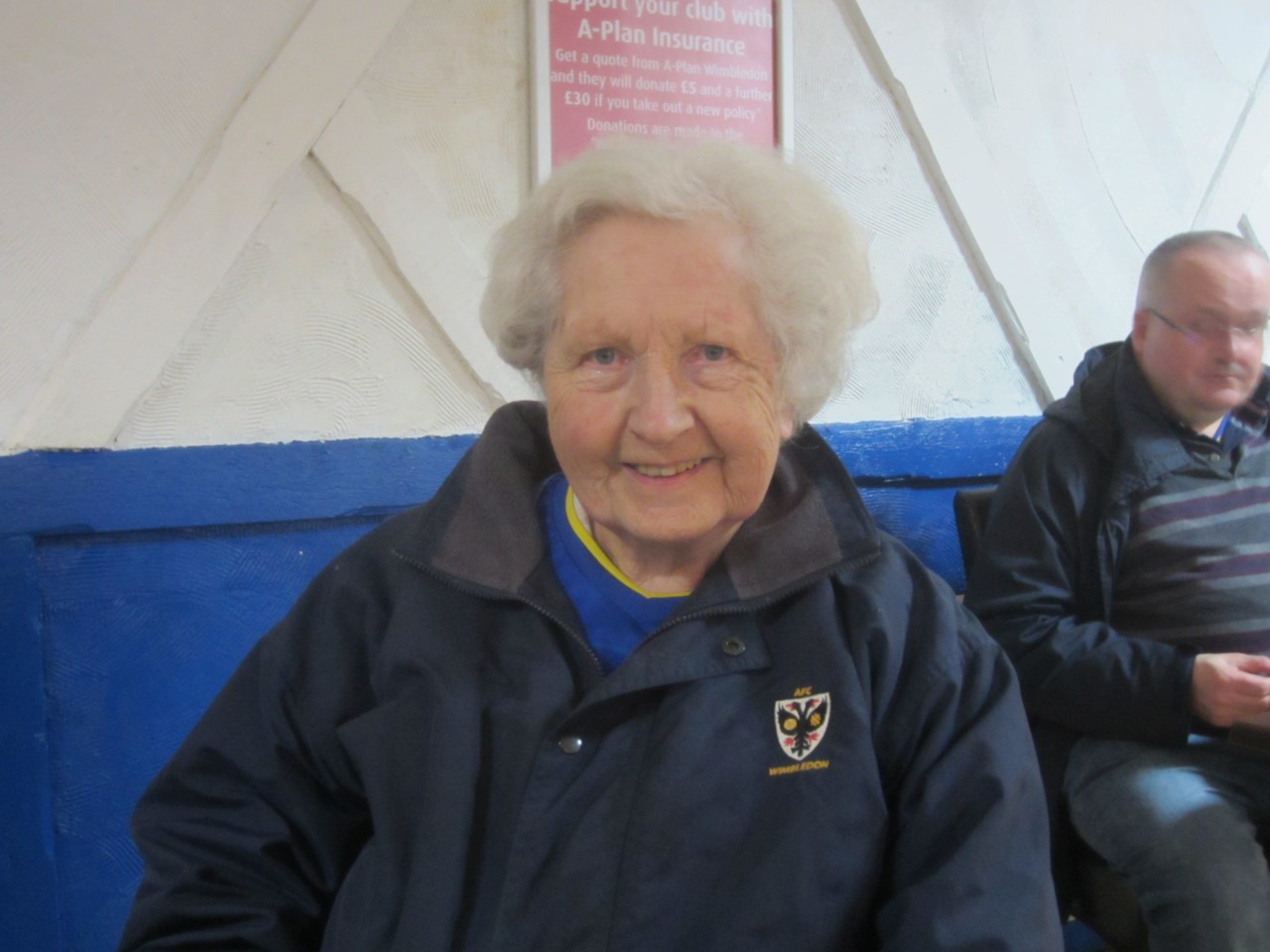 Diana, 90, has been coming to Wimbledon games for many years. She attends games with her sons, and says that it’s a very inclusive club, where everyone is made to feel welcome. Erin, 11, has been playing football at school since Year 6. Her mum is a long-standing Wimbledon supporter. Erin enjoys the exciting atmosphere at games. Margaret, 70 (left), and Hannah, 27, are the oldest and youngest of the Wombelles, a group of women volunteer fans. Margaret says that volunteering is a great way of meeting new people, and Hannah enjoys the sense of belonging in a community. 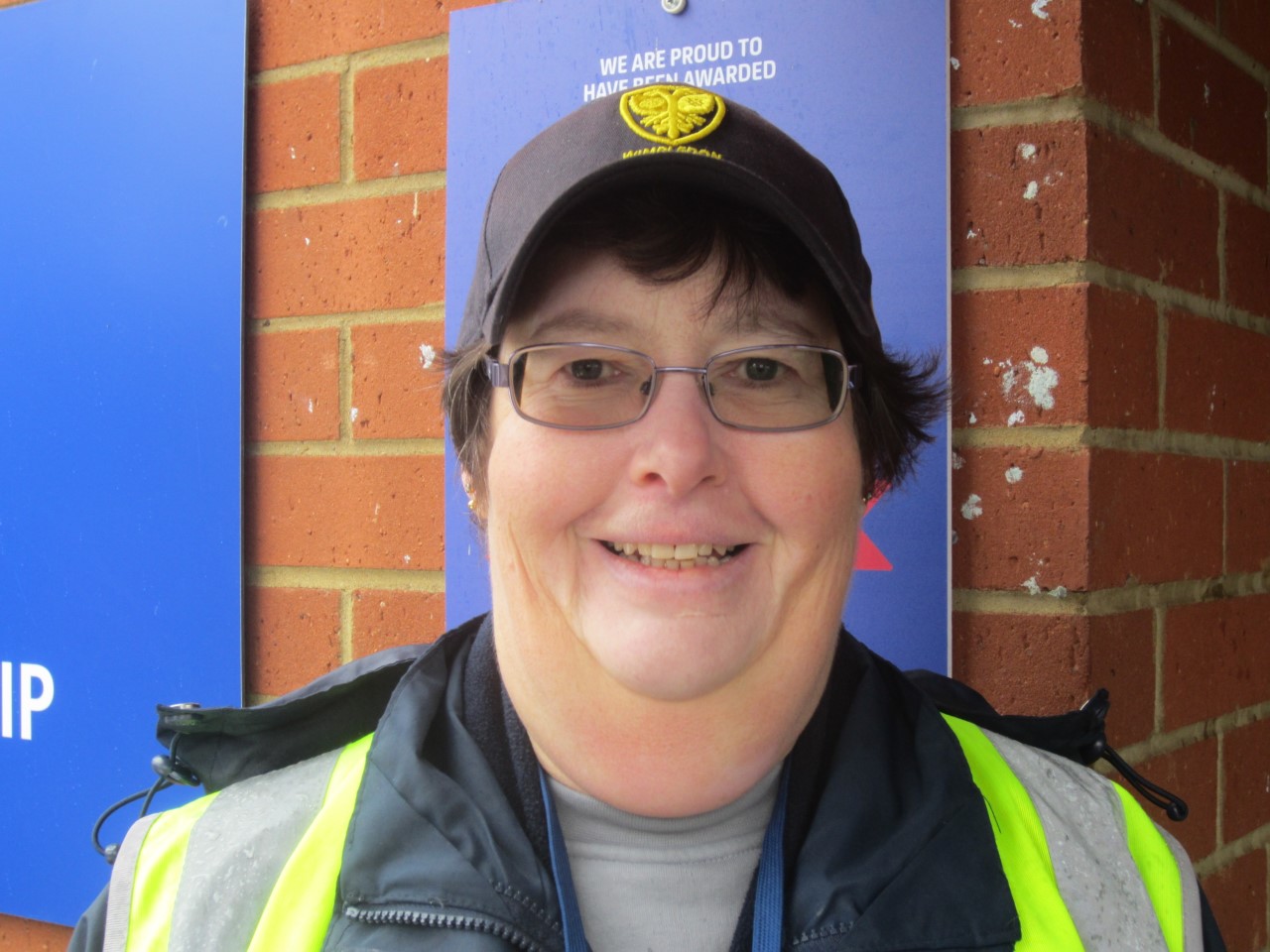 Linda, 67, has been selling Golden Goals tickets. She enjoys the camaraderie of games and says that AFC Wimbledon has got into her blood! Bekki is a member of the ground security team, and would like to reassure fans that there are seldom any serious issues at home games – and in any case, there are always plenty of stewards around.