Dons Trust Board chair Matthew Breach summarises what the trust has been up to during the summer and what’s coming up over the next few months. 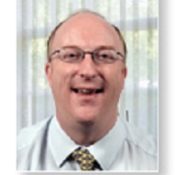 On behalf of the Dons Trust Board I’d like to welcome back to The Cherry Red Records Stadium all our members and fans for this first home league game after the summer break. I’d also like to give a warm welcome to our opponents today, fellow supporters-owned club Wycombe Wanderers. Any side that is managed by former Dons hero Gareth Ainsworth should not be lacking in application, and I wish them well for their 44 games against the other sides in the division!

Against Fleetwood back in April we may have been only 18 minutes from returning to the Conference, but after Jack put away the penalty and survival was confirmed it was an extremely positive summer. Through my attendance at the monthly Football Club Board meetings I’ve been able to see at first hand just how meticulous was the recruitment campaign planned by Neal and his staff.

The process started by allocating the playing budget to squad positions and then identifying a prioritised list of players who could fill each position. It has been particularly heartening to see that Neal has managed to sign a large proportion of his primary targets, and we have assembled an exciting-looking squad within the tight budget we had to set. Away from the playing side, the recruitment of goalkeeper and development coaches plus Mike Rayner’s replacement, Stuart Douglas, has been equally professional in its execution. Coupled with the team-building opportunity provided by our first ever foreign pre-season tour, I can safely say that we are as prepared and ready for the season as I could have imagined.

Off the pitch it has also been a busy summer. For the Trust, we began with the SGM held on 7 May, at which were approved the important constitutional changes that will enable us to launch a Community Share Scheme to help to fund our hoped-for return to Wimbledon. The next SGM, to be held on 16 September, will address the next set of changes we need to make to facilitate the Community Share offer, launch this year’s election timetable, and provide members with updates on progress with the new stadium project and other areas of interest.

Since the May SGM there has been a lot of “business as usual” to undertake, such as agreeing the budget for the year. We have also continued to push forward the three working groups (addressing Fundraising/Financing, Organisation/Governance, and People) whose formation was announced at the May meeting, and the Dons Trust Board will be looking to present an update of our strategy and action plan at the AGM on 5 December.

The Football Club Board have also had a very busy summer, balancing the day job of supporting Neal and efficiently running the club’s operations, while pushing hard behind the scenes to help keep alive our dream of moving back to Wimbledon. Erik, Ivor, Nigel and David all put in an amazing amount of effort on our behalf, and I want to take this opportunity to thank them: we would not be where we are now, or dreaming of where we might be in the future, without them.

Heading into this season I’m confident that the stress and anxiety of another relegation battle can be avoided. And in my more optimistic moments I can see a run at the play-offs giving us an altogether better version of the emotional roller-coaster that we rode at the back end of last season. However it turns out, I hope you will all take continued pride in what we’ve achieved and enjoy the football – after all, we are entering what is still only our 12th season as AFC Wimbledon.