There are around 700,000 autistic adults and children in the UK and one in 100 people are on the autism spectrum ­– so at Plough Lane that could be almost 100 fans at every home game next season.

At Wimbledon we believe everyone is welcome and try to make everyone feel as at comfortable watching the Dons as possible. And that’s why we are proud to support World Autism Month – ­ a time to increase understanding and acceptance of people with autism.

So what is autism? According to the NHS, autistic people may find it hard to interact with other people, find it hard to understand how other people think or feel, find things such as bright lights or loud noises stressful or get anxious about unfamiliar situations and social events. But like everyone else, autistic people have things they’re good at as well as things they struggle with.

Being autistic is not an illness or disease; it means your brain works in a different way from other people. Indeed, some people use the term Asperger’s – also sometimes known as “high-functioning” autism – to describe autistic people of above average intelligence. And history is awash with pioneers considered likely to have been on the autistic spectrum – from the likes of Charles Darwin and Albert Einstein to Steve Jobs and Andy Warhol.

Dons Trust Board member Graham Stacey says: ‘Many of the smartest, most interesting people I know exhibit signs of autism, and I know several Wimbledon fans with an autism diagnosis. Personally, I’m proud of the club for what it does to make fans feel welcome and comfortable at our games and I’m hoping that Plough Lane will really lead the field in this regard.’ 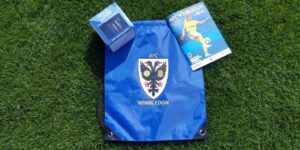 In 2019 the club launched sensory packs, aimed at fans with autism. Available on matchdays, each pack comes in an AFC Wimbledon drawstring bag and contains noise-reducing ear defenders, fidget spinners and a matchday programme.

As Jane Lonsdale, Dons Trust Co-Chair and Diversity & Inclusion working group lead, explains: ‘We were one of the first clubs to introduce sensory packs and it was on a trial basis at first – we had no way of knowing what the take-up would be. But they were in demand from day one, with dozens of packs being requested in the first couple of months. That tells me that you or I may be sitting in a row with someone with autism at any given game.‘

Last year hundreds of fans took part in the Club and Trust’s campaign to increase autism awareness on World Autism Awareness Day by sending in their pictures in our #DonsWearBlueOnApril2 campaign.

And people with autism will be catered for at Plough Lane. Mandy Bynon, AFC Wimbledon Inclusion Manager, adds: ‘We have planned a host of features to ensure people feel comfortable and can enjoy our games as much as possible ­–  subject to performances of course. We will shortly be producing a video which gives you a visual guide to the ground – where to enter, quiet areas and that kind of thing. We will also have designated greeters and we will be operating the Sunflower Lanyard scheme where staff are trained to look out for anyone with a hidden disability who may need assistance on a matchday.

‘In short, we have everything in place to make Plough Lane as enjoyable an experience for all as possible and I can’t wait to welcome everyone there.’ 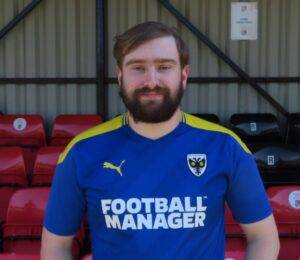 ‘The club gave me an amazing, once-in-a-lifetime opportunity’

We caught up with Wimbledon fan and volunteer Kirk Pritchard who was diagnosed with autism as a young boy.

You’re a familiar face at the club, how long have you been a Wimbledon fan?

I’ve been supporting AFC Wimbledon since 2005, when I was 13-years-old.

When were you diagnosed with autism and how does it affect you?

I was diagnosed by a specialist when I was three-years-old. It affects me with socialising  ­– I’m not so good talking with people or having long conversations, or listening to complicated conversations.

And does it affect you at Wimbledon games?

From what I remember it did take me a while to get used to the crowds at the stadium but I got used to it over time, with the help of a friend called Darren Leach.

And now you volunteer for the Club, and are responsible for many of the amazing photographs of the stadium we’ve seen over the last few years…

I’ve been doing photography for three years now but taking pictures of the stadium site since 2016. It all really took off with picture I took of a Lego figure there! I was offered a volunteer role as Official Stadium Photographer and, looking back, it was an amazing job. I’ve taken pictures from the outside and the inside of the build, from top to bottom. I feel like I am of the very lucky ones to have had such an amazing, once-in-a-lifetime opportunity and I want to say very special thank you to the club.

Who else do you take pictures for?

I have been doing photography for the likes of Extinction rebellion, Black Lives Matter, Friday For Future and most recently Kill The Bill protest. I’m also official photographer for Glebe FC.

And you are the founder of AFC Autism ­– what can you tell us about that?

I started AFC Autism last year, it’s an independent group designed to bring together autistic people who like football and to help people who might be worried about attending football matches.

So far it’s been very difficult with the lockdowns and no fans at matches but hopefully we can really get it up and running next season. Anwar Uddin from Fans For Diversity has been helping me and Ivor Heller is also a supporter. You can follow us on @afcautism on Twitter and Instagram.

What would you like to see at Plough Lane to make football more welcoming for our fans with autism?

I would like to see a better understanding and awareness of autism from the staff and stewards, the fans and even the police. Having a tour around our new stadium would be a good idea, so people can get to know the area without worries about getting lost. Also, having a sensory room for families so people don’t have to worry about loud noises. Brentford have one in their new stadium so I hope we could find the room eventually, too.

To find out more about autism, visit autism.org.uk