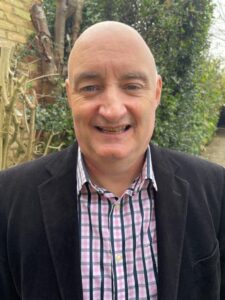 One of the main reasons that I am standing in this election relates to the issue of fan ownership. Unlike many of you, whilst I am in favour of us remaining fan owned for the foreseeable future, I am not what I would describe as ‘evangelical’ about fan ownership. I am absolutely amazed at the success we have achieved as a fan owned club. To have reached League 1 and have built a £32m stadium are incredible achievements. I have always thought that a time might come when financial pressures would force us to sell majority control. However, at this point in time I think that there is less chance we will be forced to do so than I did back in 2019 when the £11m funding gap was announced. I will caveat that and say that the situation could change if we have any problems refinancing the £4m+ bridging loan in April 2022.

So why have I decided to stand for election now, partly on the issue of fan ownership, rather than before when we have been fan owned since Day 1? That is because last year a group of fans, including one Dons Trust Board (DTB) member produced a manifesto where they said they would like to (amongst other things) ‘enshrine fan ownership’ in our club. So, in other words they want to remove the possibility that we could ever sell majority control whether it be in the next 5, 10, 20 or 50 years. I believe that is a very dangerous proposal because it would remove our ‘get out of jail card’ as a last resort in case we ever get into financial trouble in the future, as we (arguably) did in 2019.

Potentially we have some fairly major financial hurdles to overcome. Most immediately there is the bridging loan mentioned above. There are also plans for a new training ground which could be very costly. Also, in the medium to long term hopefully we can consider increasing the capacity of the Cherry Red Records Stadium. Meanwhile, who knows what is going to happen outside the world of AFC Wimbledon? What happens if the situation with Covid 19 takes a turn for the worse, perhaps with new, stronger variants meaning more potential lockdowns and empty stadiums again? With all these variables to consider I think it would be foolish to remove our ‘get out of jail card’ of selling more shares in the club. It’s worth bearing in mind that if in the worst-case scenario, we were forced into administration we would have no control on who took us out of administration,

If there were ever circumstances where we might be forced into selling majority control at some point in the future I would only ever be in favour if the Dons Trust kept ownership of Plough Lane. Also, I would propose that say we were to sell a 51% share in the club, we insist on a clause whereby we have first refusal on buying back 2% for a nominal amount and thereby regaining majority control.

To the best of my knowledge most of the DTB who have another year to serve are either in favour of ‘enshrining fan ownership’ in our club or if not are ‘evangelical’ about fan ownership. I think it would be healthy for someone to be elected to the DTB who is more open minded on this key topic.

So, what can I add to the DTB? I believe I am exceptionally good at communicating with people having spent my entire career (over 35 years) in face-to-face sales roles. The DTB and the football club have been accused of not communicating with the fans effectively, for instance on the ticketing problems this season. I think I would be an ideal person to be the ‘link’ between the DTB and the fans. If elected I will propose to the DTB that if the fans have any complaints about the club, then I should be the default person to deal with them. I would then either direct them to someone at the club or look into the matter myself as appropriate.

The only major negative that I have heard about the Cherry Red Records Stadium is the lack of parking. For the Boxing Day game against Charlton there are no trains so I think the club should investigate the possibility of a park and ride scheme and encourage car sharing.

With regards to on the pitch matters I think it would be a good idea to have a target of promotion to The Championship within 5 years.

Finally, it feels to me like some members of the DTB wish us to become a ‘political movement’. I am 100% opposed to that wish!