At the game against Harrogate Town, both the prizes for Golden Goals – of £100 and £25 were claimed.

The second prize was won by Nuala Garvey with the winning ticket showing Player 10, Minute 48. 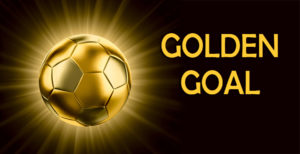 As previously reported, no-one claimed an exact match on the 2nd Prize for the Colchester Utd game, which was Player 5, Minute 47, so it was opened up to near misses (same Player, but times of 44, 45, 48 and 49 minutes may win). Sara Cobbett claimed successful the prize with a winning ticket of Player 5 or 6, Minute 44 & 45.

The story here is, if you are close to a winning ticket hold on to your ticket just in case. We always welcome questions, and near miss claims via the GG Team email at GoldenGoals@thedonstrust.org

Finally, may thanks to all the fans who support Golden Goals and thereby the DT and club.

Golden Goals are sold at the Match Day magazine pods around the ground on most Saturday games and within the hospitality lounges, until 2.45pm so GG volunteers can get seated for the game.