My vision for the Dons Trust 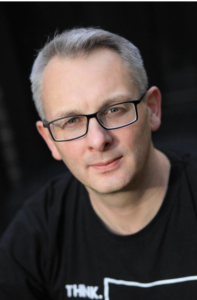 I want the club we all love to be the best.

I am a founder member of the Dons Trust and served on the Board in 2004.

I first started going to Plough Lane in 1982 and was a mascot with my brother against Hull City in January 1983. That was the last game we lost in our charge for the Fourth Division title.

I was the editor of Yellow and Blue back in 2001. It was the alternative matchday programme in the fateful last season at Selhurst. Yellow and Blue outsold the official version three to one and would become AFC Wimbledon’s first official programme.

I helped set up the Dons Draw, writing the original proposal for the Dons Trust Board and researching all the legal requirements.

I also wrote two books on the club: The spirit of Wimbledon and This Is Our Time. The latter was nominated for Sportswriters’ book of the year.

In more recent times I was proud to help promote the Plough Lane Bond. I coordinated the national press promotion and the content on the official website, which included getting support from former players, politicians, celebs and high-profile sports journalists.

In short, I am passionate about AFC Wimbledon and have a track record of delivering.

In my professional life, I was a sports journalist for the Independent for five years and am currently the Head of Media, PR and Supporter Communications for Amnesty International UK. In 2019 the team I head at Amnesty was named in-house PR team of the year, beating the likes of M&S and Barclaycard.

So what has encouraged me to stand?

The events at the end of last year when the Dons Trust Board nearly sold large chunks of the club off to external investors – like many fans – scared me.

It is a route to ruin.

I remember the pain caused when the club I love was ripped away and moved to a town in Buckinghamshire by unscrupulous owners. They had the power to ignore the wishes of supporters and had scant regard for the community.

Owners cannot be allowed to run roughshod over their supporters.

The ownership model in most football clubs is broken. We are not mere consumers. There is an alternative and we are it.

The view that fan ownership limits our ambition is simply rubbish.

AFC Wimbledon have had six promotions. We have returned to the Football League. We have moved back to our spiritual home of Plough Lane. No one believed that was possible in 2002.

In recent times the success of the Dons Local Action Group and the Plough Lane Bond have given a further indication of how much a fan-owned club embedded in a local community can achieve.

I believe we can galvanise that energy even further. We have only just begun to touch the surface of our true potential.

With a group of fellow supporters – Mark Lewis, Matthew Couper and Adam Procter – we set up the Yellow and Blue team and began to explore options.

We spoke to Dons Trust Board members past and present, current and former players, local politicians, fan engagement specialists, journalists and leading figures in other clubs. We engaged with fellow supporters on forums, emails and calls. We even held six online debates on key issues. It has been eye-opening, engaging and educational.

From that, the Yellow and Blue team produced a comprehensive 11-point plan that we believe can transform the Dons Trust and the club.

The Dons Trust needs to be dynamic, active and use its resources – us the supporters – to the full.

The full plan can be seen here at www.donstrustmanifesto.com

At the heart lies two things: an ever-lasting commitment to fan ownership and a passion to make the club the best community club in the UK.

It is a journey. It is not about me. It is about us.

It is achievable and together with drive and ambition we can do it.

I believe together we can turn the Yellow and Blue 11-Point Plan into reality and make AFC Wimbledon truly great and deliver success on and off the pitch.