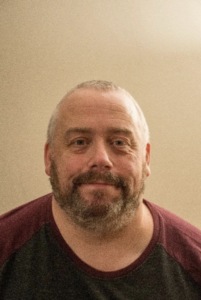 For those that don’t know me, I have been a Wimbledon fan since my school days and was a regular at Plough Lane from the mid 1980’s.

I started getting involved with The Dons Trust in the Selhurst era helping wherever and whenever I could be useful.  I’m very pleased and proud to have taken part in the anti-Dublin / Milton Keynes protests. The foundations of fan action born during those days and earlier through WISA and The Dons Trust served us well then, and an energised engaged fanbase is vital to us now.

Along with Ivor, Marc and Kris I was in the four involved with the start of AFC Wimbledon. The day the ridiculous decision was announced that let Wimbledon FC relocate I met with Ivor and Marc at Ivor’s office in Haydon’s Road and the first steps were taken to start the club. I am immensely proud of the part I played in that – as we should all be proud of the phenomenal success we have achieved since.

I initially served the club as secretary overseeing our initial election to the Combined Counties Football League and continued that role until the Ryman League era fulfilling the various football secretary’s duties. Since then I have helped out in the dressing room as a volunteer on matchdays doing a myriad of jobs too numerous to mention!

I believe fan ownership is paramount, the day we lose control of the club we risk everything we have achieved since 2002. I am not against outside investment, but the bottom line is we must retain control of our club.

We should always be financially prudent. The pain of losing Wimbledon FC still lives with us all, we should never take a chance with the future of AFC Wimbledon.

The club should strive to be at the heart of its community.  The work by Xavier and the Dons Local Action Group show the real difference a club can make. Plough Lane gives us massive scope to continue working with all sectors of our community via the AFC Wimbledon foundation and the amazing work they do.

What I will bring…

I come into this with an open mind. As detailed above there are some issues that I believe are paramount if you don’t agree they are important I’m probably not the candidate for you!

Beyond wanting the best for the Trust and the Club I come into this with an open mind.

Having worked for AFC Wimbledon before I have an insight into what it’s like and the difficulties the club face.

Over the years I have been in every dressing room, worked with every manager and spoken to numerous football people up and down the country on our travels. I have a good understanding of football, the reality of how it works, our place in it and the challenges we face. I have no doubt that this knowledge would be a positive thing on The Dons Trust Board.

If elected I will be available, I will listen and I will be your representative on the board.